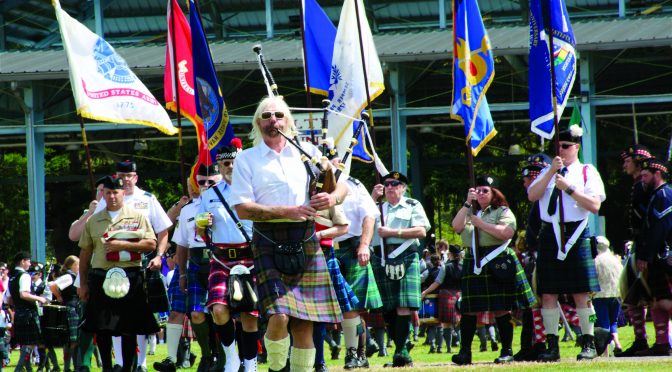 Based on nominations received, the Trustees have unanimously selected John McBride as the Chieftain of our 72nd Annual Pacific Northwest Scottish Highland Games and Clan Gathering. John has competed as both an individual piper and with the Seattle Boys Pipe Band and The City of Seattle Pipe Band since he was a wee lad. If he wasn’t competing his mom, our long serving trustee Barb McBride had him volunteering as a runner for the competition. He is a long-standing SSHGA member and supports us by piping for our promotional events, and for the Saltire, Opening Ceremonies and Kirken O’ The Tartan at our Games. He also pipes at our Volunteer Thank You Party and Heather Ball!

We are extremely proud to honor John McBride as our 2018 Chieftain of the Games! His dedication to the SSHGA is commendable and an inspiration to us all!

This site uses Akismet to reduce spam. Learn how your comment data is processed.